CBD Facts That Every CBD Users Should Be Aware Of

CBD Facts That Every CBD Users Should Be Aware Of 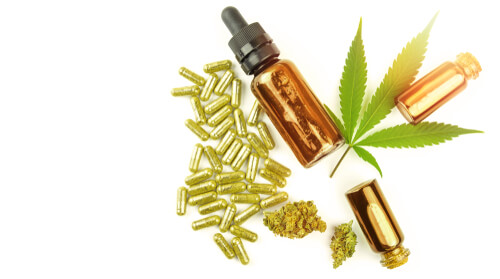 CBD or cannabidiol has become one of the most prominent health and wellness supplements that are shaping the way we view natural medicinal extracts. Ever since countries around the globe began to permit the usage and sale of hemp CBD products, the industry birthed itself overnight and turned into the powerhouse that we know it to be today.

As per a 2018 survey, it is estimated that close to 14% or 1 in every 7 Americans use at least some form of CBD, mostly for medical purposes. The presence of CBD products continues to grow as more and more patients and consumers want to realize the therapeutic benefits of this particular derivative of Cannabis.

However, even after the spurt in the growth of the industry, there is no shortage of misinformation amongst the lot regarding the ins and outs of CBD. For the same reason, there is a need for educational resources and guidelines that every CBD user must be aquatinted with. What exactly is CBD? Is it legal where you live? To help you along the path of turning into an informed customer, we shall be listing down some facts on CBD that will enlighten you:

CBD Is Legal – But It Has To Be Derived From Hemp

Following the passage of the Farm Bill in 2018, CBD which is derived from industrial hemp-which is in essence, Cannabis that contains less than 0.3% of the intoxicating THC or tetrahydrocannabinol is legal.

CBD that is obtained from marijuana or cannabis plants wherein the concentration of THC is beyond the permissible 0.3% is still considered as a controlled substance, but the shutters are not closed in places that allow the use of medical marijuana. The laws applicable in every state are different from one another. Therefore, it is important that you check the laws that govern the use of CBD in the state that you reside in.

CBD Is Non-Intoxicating, But It Is Psychoactive

The reason for the confusion is because people often interchange the two words, intoxicating and psychoactive. Large CBD manufacturers are also not making things easy, as one of the selling points of their CBD products are that they are therapeutic and “non-psychoactive”, when in comparison to the overly psychoactive THC.

The effects of full-spectrum and whole-plant CBD extracts are far more superior to the effects of isolated CBD. Several factors decide the efficacy of the CBD extract such as the individual patient’s conditions and restriction, but for the most part, CBD isolate’s properties pale in comparison to the complete profile of the original hemp plant.

CBD can work in tandem with other cannabinoids such as flavonoids, chromenes, terpenes, and close to 112 other such substances, and the synergic effect is famously called the entourage effect. There have been instances that have best demonstrated the impairment reduction of THC when used along with CBD and other cannabinoids.

CBD Works With Several Systems In Your Body

The reason that the therapeutic effects of CBD are so wide-reaching, is credited to the way it interacts with your body. ECS which expands to the endocannabinoid system is the system that CBD primarily works with. The ECS is made up of an internal system of endogenous cannabinoids, or receptors with which cannabinoids hook onto. These cannabinoids then breakdown and the effects that it brings about are wide-reaching.

CBD’s interaction with ECS can present several benefits, which include the delayed absorption of the human body’s pain regulating endocannabinoid called anandamide. This ultimately leads to a significant reduction in pain and better pain management.

There are several therapeutic responses as well from the non-ECS receptor pathways too. CBD can dial up the serotonin receptor, called 5-HT1A in mice and this has been shown to vastly reduce the effects of depression and stress.

CBD is very well known for its anti-inflammatory responses by means of targeting the alpha-3 glycine receptors. This helps in controlling inflammation, swelling, and redness in the body. This makes it a perfect addition to those patients who are suffering from chronic inflammation such as arthritis, diabetes, and osteoporosis to name a few.

Certainly, CBD is welcomed as a natural addition that you can use as a supplement to slowly wane off of over-the-counter medication and slowly reclaim your life.