Comparison Of CBG And CBD

Comparison Of CBG And CBD 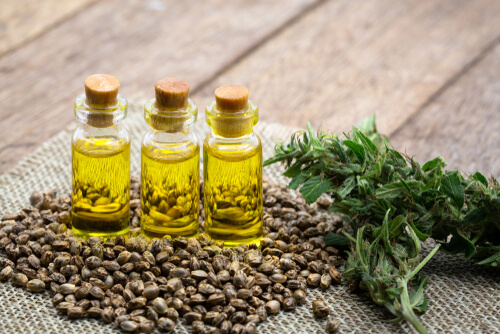 Products containing CBD are immensely popular in the market over the past years, with many studies coming up supporting multiple therapeutic benefits offered by the compound. CBD is extracted from cannabis plants that contain various other cannabinoids other than CBD. CBG is one among them.

CBG is found in lesser amounts than CBD in cannabis plants but it has been observed to have properties that reduce inflammation, handle pain and even check the proliferation of cancer cells.

CBG is formed through decarboxylation from the amounts of CBGA that doesn’t get converted into the aforementioned precursors. This explains why cannabis strains are usually lower in CBG content. Most cannabis strains have less than 1 percent CBG by weight. It requires the cannabis breeders to experiment with genetic manipulation and crossbreeding to improve the yields of CBG.

What Are The Benefits Of CBG?

CBD has a low affinity for cannabinoid receptors. So the therapeutic effects that it offers are primarily through indirect interactions with the endocannabinoid system. Unlike CBD, CBG offers therapeutic benefits by directly interacting with the CB1 and CB2 receptors.

The psychoactive cannabinoid THC also produces its effects through direct interaction with the endocannabinoid system. CBG has also been found to work as a buffer to the psychoactive properties of THC. The compound can even alleviate the feelings of paranoia induced by the high intake of THC.

There are a lot of scientific information available about CBD and THC but that isn’t the case with CBG because research regarding the compound is relatively sparse.

The therapeutic benefits of CBG discovered by research conducted to date include:

Reducing inflammation: It has the ability to control inflammation levels in certain medical conditions.

Inhibits tumor growth: This property of CBG has been found from studies in animal models of colorectal cancer.

The difficulty in producing CBG is the primary reason for CBG not attaining popularity as that of CBD. Cultivating cannabis for CBG extraction is not that easy for farmers because the longer a cannabis plant takes to mature, the more CBGA and CBG present in the plant will get converted to other cannabinoids.